A “sneaky” and “expensive” problem: Coccidiosis and Cryptosporidiosis in calves, little buffalo, lambs and goat kids 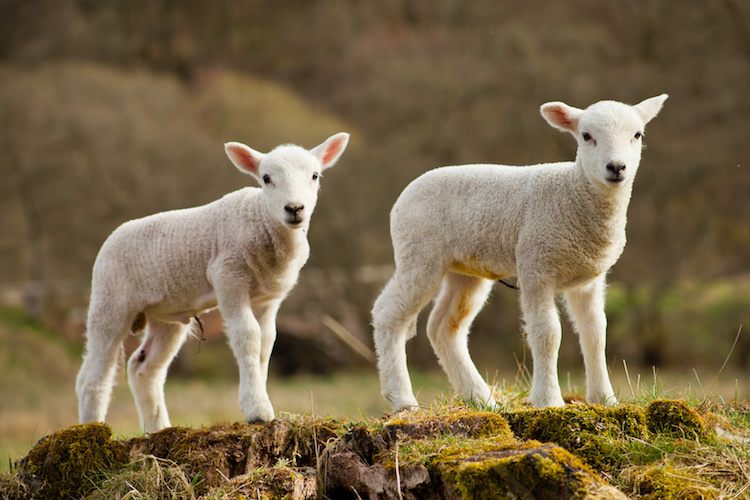 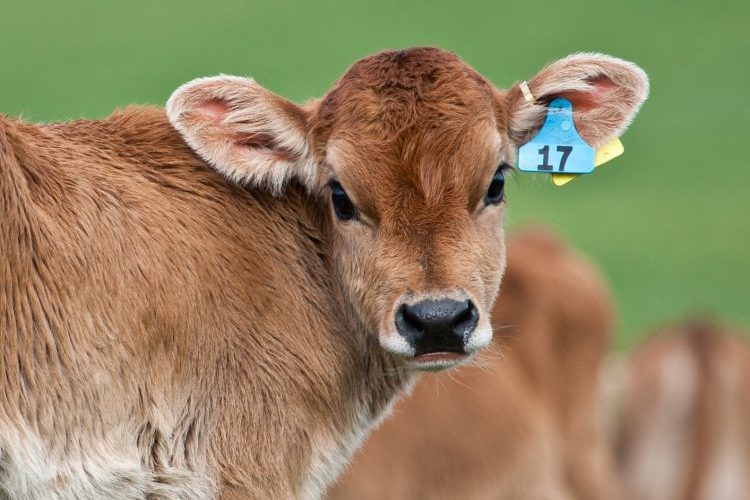 In young ruminants during weaning (calves, lambs, little capes and buffalettos) diarrhea is considered one of the most important problems affecting the mortality rate of a farm. Among the primary causes we find in the weaning and weaning phase is Coccidiosis (Emeria) and Cryptosporidiosis (or occult spores) whose main forms belong to Cryptosporidium spp.

The “oocysts” once taken orally by young animals (water, fodder and / or contaminated food) are immediately released into the intestine attacking the intestinal villus where it can persist even for two months. While Cryptosporidiosis can also appear in the first days of life (due to contamination by the mother) Coccidiosis generally strikes during weaning or at the moment of transition between the “milky” and “vegetable” diet. 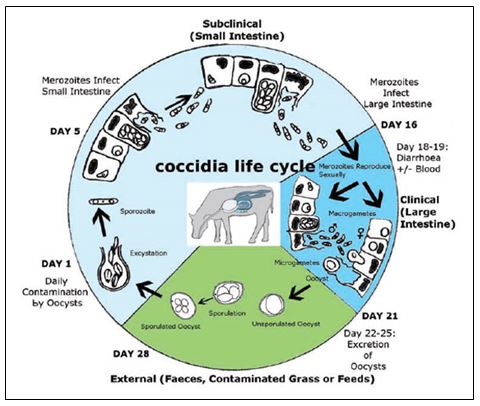 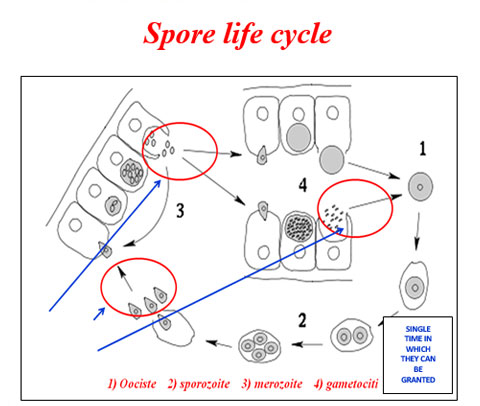 The spores (oocysts) of cryptosporids, once taken orally by calves (water, environment, forages) are active.

Very few are needed to release the sporozoites that colonize the epithelial cells that line the intestinal villi and to manifest the disease.

Contamination occurs orally or from water or food or from a contaminated environment where they can persist from 2 to 6 months. Cryptosporidiosis can also occur at the 3rd-5th day of life but the majority occurs at 2 weeks of age. It is a very contagious disease that manifests itself with diarrhea, anorexia and dehydration even if it rarely leads to the death of calves, as long as they do not involve infections of secondary origin (coli, etc … and / or viral). The course goes from 4 to 18 days and depending on how much and how the villi of the intestine are affected, the appearance of the “diarrhea” (light, dark, etc …) will change.

The trend is strongly influenced by the state of the immune system as well as the expulsion of the oocysts occurs through the feces as early as the 16th day of life. The main form of prophylaxis is:

The infection normally occurs orally (oral-faecal) and spreads with mature oocysts. The fodder and / or water is transmitted directly or through food.

The organism reproduces in the intestine of the host, and thousands of oocysts come to contaminate the environment through feces.

In adequate temperature, humidity and oxygen conditions, the oocysts mature in side of the calf between 3 and 7 days and become able to infect the animal.

Each mature oocyst contains eight “sporozoites”, each of which is able to enter an animal’s intestinal cell after ingesting oocysts and so on. About 70% occurs in the small intestine and where the greatest damage to the intestinal villi occurs

The normal consequences include a loss of absorption surface during the small intestine and a reduced ability to absorb necessary nutrients. 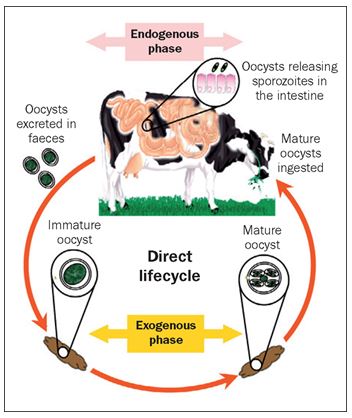 In growing calves coccidiosis has a strong negative impact on the future production performance of cows, buffaloes, goats and dairy sheep.

In all species and in most cases only liquid stools and weight loss are evident, subclinical infections, in fact, are the most expensive since young growing animals (calves, buffaloes, goats and lambs) do not take advantage of the “peak of growth “in the moment of greatest need or in the post-weaning period. 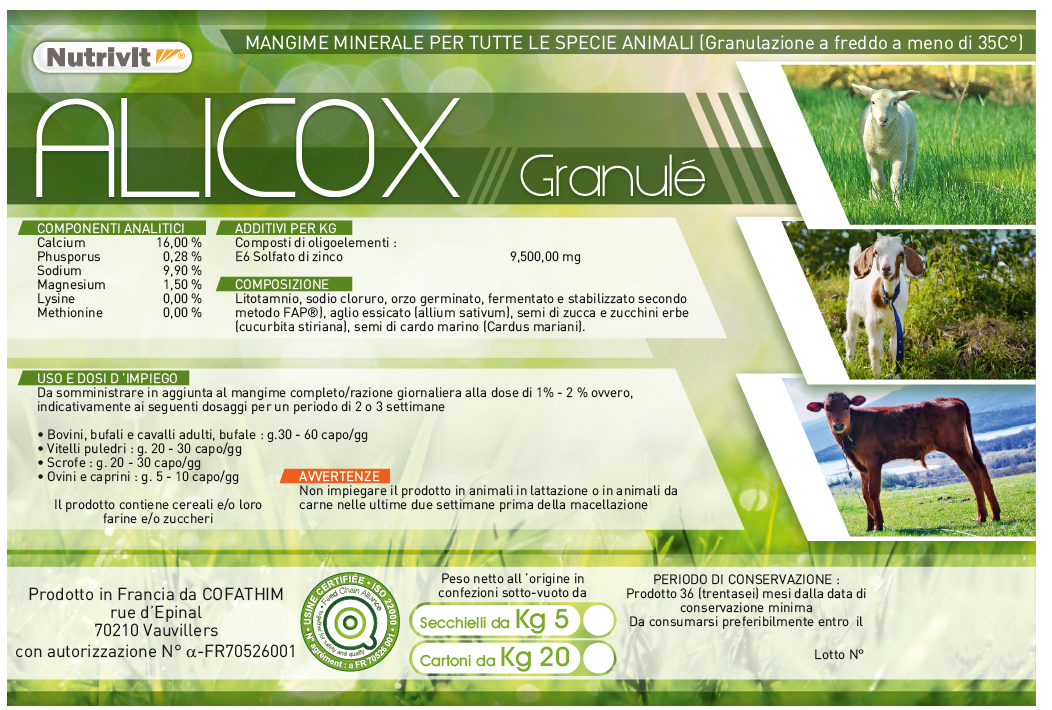 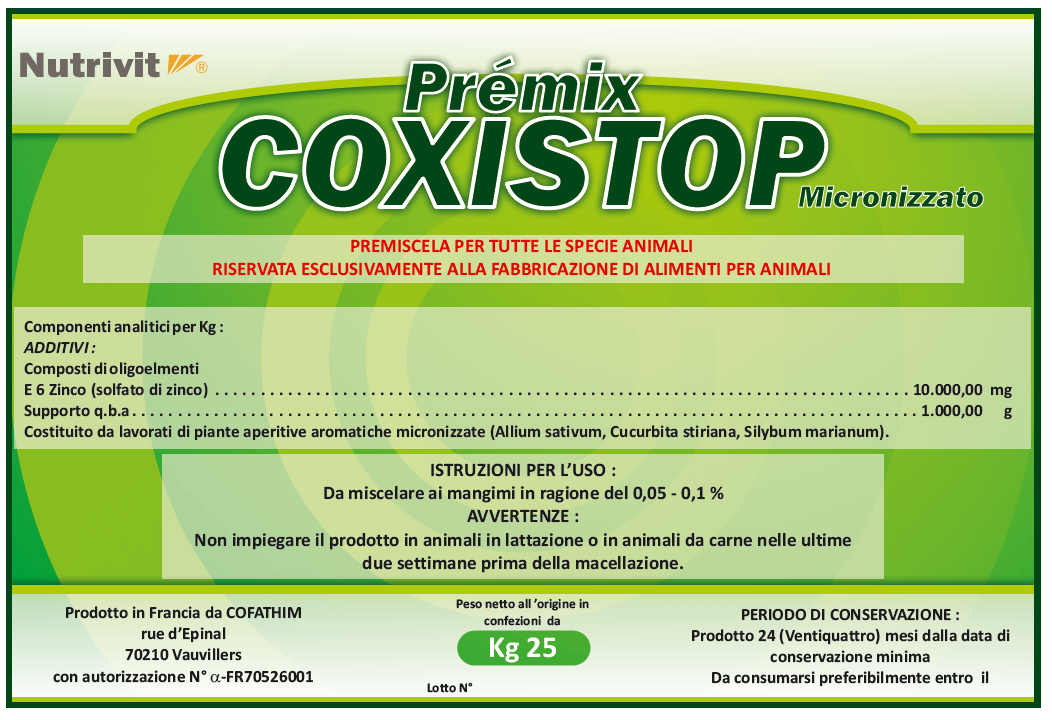