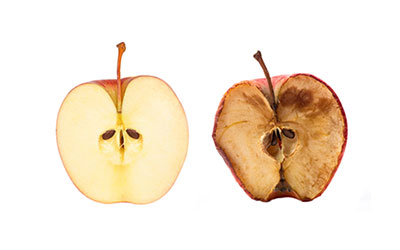 Its activity is mostly focused on the antioxidant action towards to of Carotenes family and Retinol.
The action is attributable to the ability to “break” the chain reactions that produce “free radicals” protagonists of peroxidation.

Since almost all cell membranes are rich in unsaturated fatty acids, the more or less pronounced presence of glutathione-peroxidase (Vitamin E + Selenium) affects the best structural and functional integrity of cell membrane.

The “vitamers” are the tocopherols of which the most active is α-tocopherol. Tocopherols are naturally synthesized from superior vegetables and are mostly found in the form of free alcohols in seeds and leaves.
The metabolic role of Vitamin as an antioxidant factor, in the prevention of oxidation of polyunsaturated fatty acids, a key phenomenon in the development of the fat peroxidation process.

The action of “free radicals” develops through chain reactions that continue the process therefore Vitamin E is:
a) capable of blocking this phenomenon by donating a hydrogen atom (oxidation) to peroxy lipidic radicals, thus making them less reactive and effectively blocking lipid peroxidation.
b) it was shown that tocopherol can interfere with the activity of certain calcium / phospholipid-dependent kinases or protein kinases C (PKCs) interacting directly acting as an anti-proliferative on tumor cells. The action of tocopherol as such or as an organic derivative (succinate) on the growth of malignant cells has been proven for some time.

A group of Italian researchers from the University of Ann Harbor in Michigan has discovered how tocopherol can exert direct effects on gene expression. The studies of this group led to the discovery of a cellular cytoplasm protein able to bind tocopherol (Tocopheryl-Activated Protein-1; TAP-1) and to program the expression of specific genes.
The coordinated action of these genes would allow specific responses at the cardiovascular, immunological, nervous and cartilaginous levels.

The actions and mechanisms by which vitamin E acts in the body were almost completely obscure until a decade ago.
This reaction called “redox” transforms vitamin E into an α-tocoploxylic radical which is very stable, thanks to the development of resonance phenomena, and which can react with Vitamin C or glutathione or Co-enzyme Q10 to reform the α-tocopherol. Since the development of lipid peroxidation can determine profound alterations of cell membranes, we understand why vitamin E is recognized as having an important role in keeping these structures undamaged.

This is also verified by the fact that red blood cells (erythrocytes), which are particularly subjected to oxidative stress, are affected quite early by vitamin E deficiencies, becoming more sensitive to haemolysis. (test by KRL- M.Prost – Spiral). Vitamin E also regulates the activity of two enzymes (lipoxygenesis and cyclooxygenesis) involved in the formation of compounds capable of mediating platelet aggregation phenomena which are accentuated by the lack of the vitamin (prostanoids)

Bioflavonoids and polyphenols and their antioxidant role 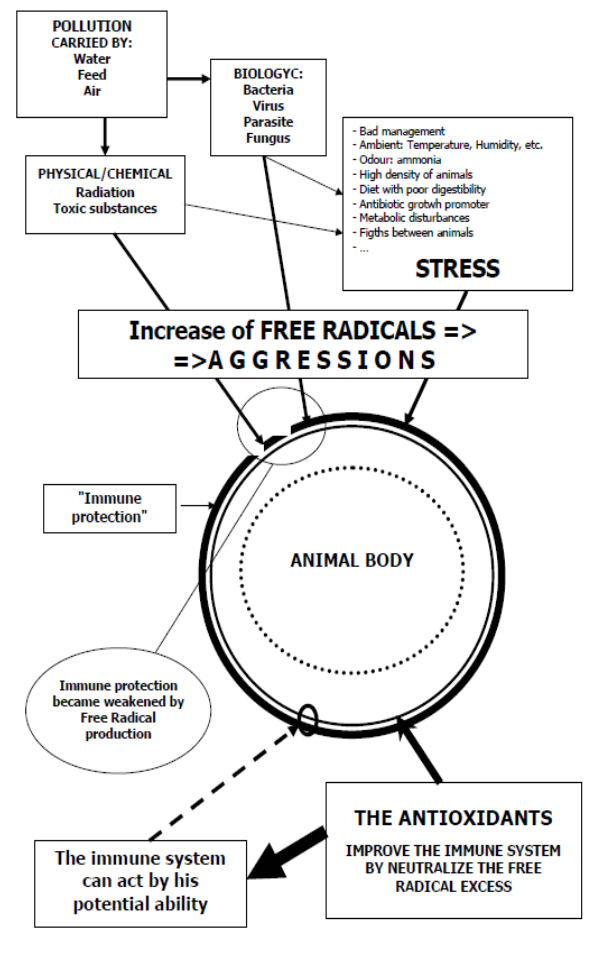